The VP Debate in Retrospect 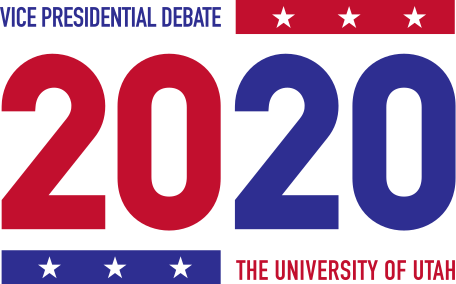 Two term vice president John Nance Garner once said that the office he held was not worth a pitcher of warm spit.  If he had been more loyal to his president, Franklin Delano Roosevelt, he might have ended up in the White House in 1945 instead of Harry S Truman.

The inevitability that we will be facing is that the nation in 2021 will be confronted  with an out-of-shape president in his late 70s making the vice presidency a golden prize for both parties.  This week we saw what that means when you have two career politicians confront each other on nationwide television.

Some advisors had obviously told Senator Kamala Harris to tone down her DA style of cross examination, and she was constantly re-focusing herself into smiles and head shaking. Vice President Pence, as loyal as they come to a man who doesn’t deserve it, always has his samurai face on with a cold blank expression , really believing that Trump is a truly great leader.  Neither of them were able to answer the softball questions of the moderator, who obviously loved Harris as did the CBS This Morning show hosts and allies.

Pence’s biggest problem is that he is identified with the deficient approach of the president who is himself a casualty of a virus that he has so denigrated while the Administration is filing an amicus curiae brief against Obamacare, arguing for one cheaper, more comprehensive and coverage in a plan no one has seen in three years.  Last week the president, with the virus on the way, decided to say he favored covering preexisting conditions. With seven million Americans with COVID-19 pre existing conditions, that must be the order of the day.

Harris insisted that Biden would cover his major expansion of the welfare state with just taxing the very rich (over $400,000) and large corporations.  Yet those changes will not only not fund the green New Deal (which Biden has backed away from) but also provide free tuition to the middle class college students, pre-school care for youngsters and an increase in Social Security payments at a time when experts are worried about the solvency of that program.

Remarkably neither candidate talked much about foreign affairs except to agree that China does bad things.  No one talked about the need to update military strategy in our new world of electronic warfare.

Harris, like Biden, refused to talk about whether the Democrats wanted to enlarge the Supreme Court, and Pence did not talk about how they have stacked the appellate courts with right wing ideologues.  Those are important questions for Americans.

So while there was less yelling and interruptions, neither candidate wanted to show up their presidential nominee and contradict his agenda,  One of these individuals last night could very well end up in the White House.  Will we ever know what they believe?

What is most apparent is the virus is making a resurgence.  What is most troubling is that Dr. Fauci has predicted that that by News Year’s we will lose more Americans to COVID 19 than died in both theatres of World War II.

Like Loading...
‹ Why the presidential debates are more important for Biden
‘Presidents vs. Press’ is more a lesson in current events than in history ›