Home › Jandoli Institute › ‘Presidents vs. Press’ is more a lesson in current events than in history

‘Presidents vs. Press’ is more a lesson in current events than in history

The relationship between the United States president and the press is “the most powerful and profound newsmaker-observer relationship in the world,” says historian Harold Holzer. His new book, The Presidents Vs. The Press, examines the complicated dynamics of this relationship and traces its evolution over time.

The book’s subtitle touches on its scope: The Endless Battle Between the White House and the Media from the Founding Fathers to Fake News. Holzer doesn’t hit on all the presidents, but he does hit on those who made important contributions, for good or ill, to the presidency’s ongoing relationship with the press—what he refers to as “the epochal presidencies and the most transformative milestones….”

Holzer points out that “no American president has ever counted himself fully satisfied with his press coverage,” saying it’s an idea “fixed since the age of bewigged chief executives and hand-screwed printing presses.”

Yet the press has evolved into a vital role within our democracy, just as the Founders intended. “Fulfilling its ideal function as sentinel, the press has come to be considered, even in the age of the so-called imperial presidency, almost a fourth branch of government,” Holzer says, referring to its place as “the fourth estate,” “and like guests who have stayed too long at the manor, never quite as welcome as the other three.”

Central to the book are questions about the long-term role of that less-welcome guest (see pg. xix):

The result is less a lesson in history than in current events.

Holzer reinforces the connection between the two by pointing out the many instances where history doesn’t necessarily repeat itself but instead rhymes. Worried about fake news and alternative facts? “Truth itself becomes suspicious by being put into that political vehicle,” Jefferson once lamented of newspapers. Worried about “Americans defin[ing] their political affiliations not by party label but according to their visceral reactions to the dominant political figure of the age…”? The Age of Jackson. Worried about a deeply divided electorate animated by highly partisan media? The election of 1800.

In my capacity as editor-in-chief of the history organization Emerging Civil War (www.emergingcivilwar), I had the opportunity to interview Holzer about The Presidents Vs. The Press. I’m pleased to share that interview with you here at the Jandoli Institute, as well.

Chris Mackowski is a professor of journalism and mass communication at St. Bonaventure University’s Jandoli School of Communication, where he serves as associate dean of undergraduate programs. He is also the editor-in-chief of Emerging Civil War (www.emergingcivilwar.com) and the author of more than a dozen books about the Civil War. 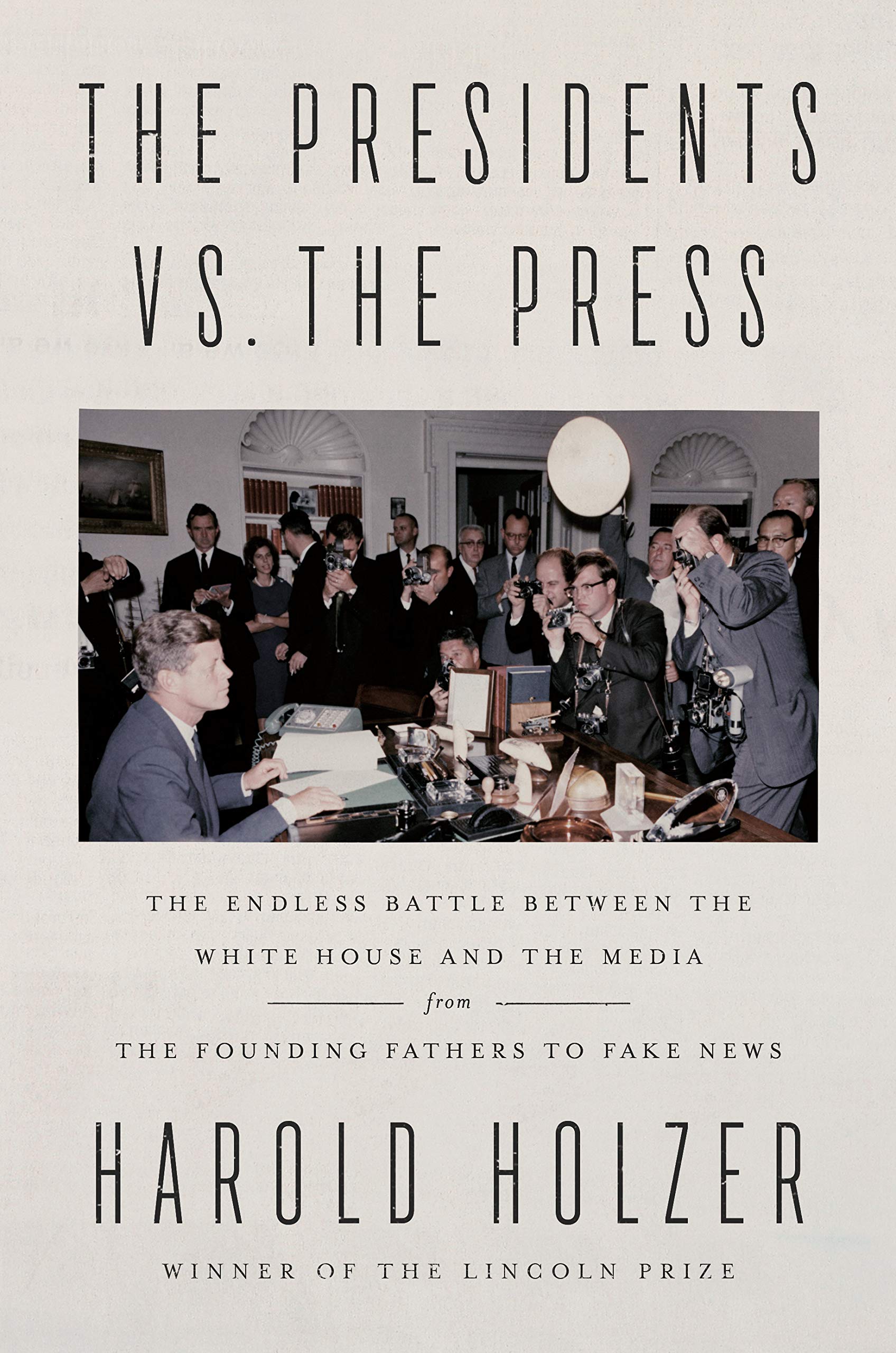