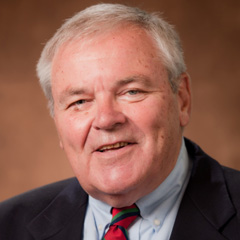 The insurrection by Trump supporters is one of the most outrageous stories in my lifetime, much of it spent as a newspaper reporter, but more time in other journalistic pursuits, including teaching college students about the field.

I told my students early in Trump’s term that they should be proud being designated as “enemies of the people,” that such an attack proves a free media remains as important as ever to a nation’s freedom. Along the way, be forewarned that there would be blood in the streets.

Some of my ex-students are in the middle of reporting stories about the threats made real to our national persona in the past few days. These young journalists are my pride and my joy. But what of my family and friends, some of whom are, and have been, fans of Trump and Trumpism?

Since he was first elected, millions of Americans (including me) have been in the uncompromising position of trying to get along with those who support Trump wholeheartedly, including his vile immigration policies, and aberrant behaviors. During the past four years, I was able to hold my breath and hold my water when I was with these Trump supporters. To those close I offered to never discuss him and his policies if they would do the same: not bring up the subject.

This convention had worked well since 2016. Together we were like the damned-fool monkeys who neither heard, saw or spoke no evil. I wanted desperately to attack my friends and family about what I consider their penchant for the evil revolving around the Donald. But I didn’t do it, because I wished for peace in the family and among friends.

I am tired of seeing the trashing of our democratic republic by Trump and his acolytes. I have been shocked before by evil in the public space; the assassinations of President Kennedy and his brother, Robert, as well as that of Martin Luther King, and the killing of thousands of Black Americans at the hands of police.

I have kept good counsel with those around me that believe differently, though anger rises in my gorge when I hear them denigrate “liberals,” as well as “you know (pause) others,” a code phrase for racial minorities.

Now what do I do? They’ve thrown their lot in with Trump and his vile crew of enablers. They’ve given implicit support to his violent coup attempt.

What do I say when a relative tells me she “hates Biden… and Kam ala’ Harris too,” (note deliberate mispronunciation) and can give no reasons why she hates either. Or a friend who defends the outgoing president by pointing to the rise of the stock markets and the money that it makes him.

How do any of us stay friends with the real enemies of the people?

Paul Wieland teaches in the Jandoli School of Communication at St. Bonaventure University.

Like Loading...
‹ We have Reaped the Whirlwind of the Growth of Executive Power
‘All in the Family’ Turns 50 ›