Introduction: The Importance of Social Identities 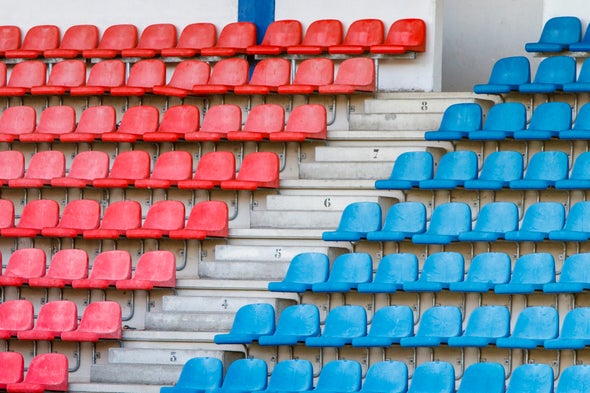 Sociology has always been interested in how human beings socially construct their perceptions of reality and have for decades identified important factors that influence the formation of the self-concept during this lifelong socialization process. A crucial component of the self that stems from this process is “Social Identity,” which noted social psychologist Peter Callero (2018: 3) defines as “a social classification or label that we use to identify ourselves and each other as we make our way through life”. While social identities can be based on individual attributes, they tend to be based in the groups that we belong to, such as race, gender, nationality etc., as well as our political identity, such as Democrat or Republican.

The strongest of our social identities, the ones which are central to a person’s self-concept are highly predictive of that person’s behavior and are strongly resistant to change. As Tajfel and Turner (1979) found through a series of experiments, social identities bind group members together and motivate responses to competition or threat from an outgroup. Those who share a social identity may experience fear from perceived threats and respond with antipathy and anger towards outgroups that challenge their social identities and group values.

In a nation that is bitterly partisan, political psychologists have identified how those with strong political identities have engaged in this us-versus-them mentality. As a result, many Americans have reduced factual claims about social issues to team competitions between “Red” Republicans and “Blue” Democrats taking place each day on a mediated stage. Research has shown that many highly partisan Americans have little knowledge about issues or even an organization of political values (Converse, 1964), but rather weigh political information based on their political identities instead (Achen & Bartels, 2017). The partisan public are generally “identity before issues” citizens (Kreiss, 2018; Mason 2018a, 2018b), who want to feel like their team has “won” and to avoid feelings of defeat to “the other team,” not dissimilar to a sporting contest. This identity-first approach to news and political fact makes policies themselves largely unimportant to partisans, where fact and knowledge are secondary to emotion (Kreiss, 2018; Mason 2018a, Mason 2018b). Strongly identified partisans (liberal and conservative) both show a willingness to defend claims made by their own political party’s leadership and supporters at all costs.

Emotions, especially anger, have become central to political life today, and emotions have become a framework for understanding public life for many Americans (Wahl-Jorgensen, 2018). The politics espoused by partisans today are toxic and closely connected to antipathy toward outgroup members even more so than the validity of political issues or debates. As an example of how much dislike is present for political opposition in America, Kamloe and Mason (2019) showed that over 40 percent of the people in each party view the opposition as “downright evil,” suggesting that over 48 million voters who cast ballots in the 2016 election believe that members of the opposition party are evil people.

However, this polarization towards parties and their members also has become associated with how people feel about the news media itself, having grown quick to reject media reports (and entire news organizations) as biased. In her book “Strangers in Their Own Land,” sociologist Arlie Hochschild’s (2018) interviews with Tea Party Republicans consistently found an antipathy for “mainstream news” coverage. Particularly, there were perceptions among her subjects that reporters incorporated liberal beliefs and multicultural values into the stories that they deemed newsworthy. Respondents said that stories often contained cosmopolitan “feeling rules” (Hochschild, 2012; Kreiss, 2018) within them that suggested how audiences should be feeling and what they should be doing – to express concern, guilt, and personal commitment to helping those who were in need. This is often interpreted by Trump supporters wanting to “make American great again” as “a return to the day…when they could speak as they wished without the scourge of being accused of being racist, sexist, homophobic or anti-Islamic” (Kreiss, 2018: 97).

While distrust and anger toward the American news media has been rising for the last 40 years, especially among partisans (Ladd, 2011), current levels of partisan pessimism toward the news media are at an all-time high today among Republicans. A recent poll found that only 15 percent of Republicans had at least a “fair amount” of trust in the news media to report the news “fully, accurately, and fairly” (Brenan, 2019).

While it has been known for a while that people have a tendency to believe the news media are biased against their own political viewpoints, a concept known as the “Hostile Media Phenomenon” (Vallone, Ross & Lepper, 1985), Trump supporters have become unified under this shared perception, one consistently espoused by President Trump himself. He has consistently referred to mainstream news organizations as “fake news” (Follman, 2017; Pearce, 2018), calling them “dishonest,” “out of control” and an “enemy of the people” (Grynbaum, 2017; Pearce, 2018), while declaring mainstream news media “the opposition party” (Caplan & boyd, 2018: 54).

Why is this occurring? It has been suggested that this is done intentionally to purposely create a distrust of journalism, which often happens when allegations are made by political elites, which opens the public to elitist versions of facts (Ladd, 2011). These polemics also create a “hazy information” news media environment where rumors, conspiracy theories and scandal can be proffered on an equal status with other news as “alternative facts,” providing opportunities for leaders to demonize any opposition to their rule (Schantz, 2009; Pearce, 2018).

Supporting the Team: Defending Trump During a Pandemic

Partisan news media audiences (among both liberals and conservatives) are already known as motivated to search for messages they perceive will confirm their pre-existing beliefs and values, engaging in “selective exposure” to political news in order to achieve “confirmation bias” (Festinger, 1957; Klapper, 1960). There also is ample evidence that these patterns lead audiences toward more attitudinal extremity (Sunstein, 2009; Stroud, 2011; Arceneaux & Johnson, 2013), and a general lack of civility toward political opposition (Levendusky, 2013; Berry & Sobieraj, 2013; Taibbi, 2020).

However, the way that Trump has used anger and emotion to consistently make political differences salient in the minds of audience members puts these forces into overdrive. Among supports, President Trump has become viewed as “an emotional performer, acting as the advocate of the people and the impersonator of their anger” (Wahl-Jorgensen, 2018: 83).  The pattern of news reception among audiences seen today is predominantly that “identity comes prior to information … people filter their understandings of information through their social and political identities” (Kreiss, 2018: 98). This combination of negative emotions toward perceived outgroups, along with identity-based approaches to information, has brought about a polarized public in ways that may have never been seen before in America. While selectivity is nothing new, the addition of outgroup hatred and anger coming directly from the White House itself toward political opponents and media organizations is unique.

The result is a subgroup of Americans who seem impermeable to any criticism of President Trump. Over the last two months of the pandemic crisis, there has been no shortage of exaggerations, misstatements, outright lies and wild claims that have been publicly heard in daily press briefings coming directly from the President. Journalists are trained to think of their work as the pursuit of objective truth to help the public make rational, informed decisions (Kreiss, 2018). This is consistent with Jurgen Habermas’ (1989) ideas about the public sphere. In order to better inform the public, journalists have thoroughly challenged and criticized Trump’s claims through fact-checking actions. However, in an identity-first political news media landscape, fact-checking has been an ineffective approach. Time and again, fact-checking claims are largely rejected by partisans, based on distrust and perceptions regarding the reliability of the fact-checkers themselves (Caplan & boyd, 2018; Kreiss, 2018). Meanwhile, partisan-based news organizations, like Fox News, have consistently defended the President, as have countless supporters who take to social media every day to rebuff all criticisms.

What public opinion polls show, seemingly, is a President who can do no wrong in the eyes of his supporters, especially among those who only attend to conservative news sources. The most recent poll taken by Gallup measuring Trump’s handling of the coronavirus epidemic shows that he has a whopping 91 percent approval among Republicans, compared to 50 percent of the overall public, and only 11 percent support among Democrats (Jones, 2020). Also, 69 percent of Republicans who claim to get their news exclusively from conservative news sources believe that the news media pays too much attention to the virus, and 58 percent feel that the virus is no worse than a regular flu. On average, responses from Republicans who only view conservative news sources were consistently 20 to 30 percent more supportive of Trump than other Americans, as well as being much less likely to view the pandemic as a crisis (Ritter, 2020).

What Can Be Done?

For most people in America, politics is about identity, not rational decision-making (Kreiss, 2018).  There is a growing body of evidence that many members of the American public perceive politics as a two-team contest governed by biased reporters, which Republicans believe strongly favor the “blue” team. These social identities are so tied to our sense of who we are and our emotional well-being that virtually all facts about our social world are filtered through identity-based challenges. A partisan public in America seems driven to finding identity reinforcement and emotional support from news sources that cater to their existing political values, while being willing to readily dismiss all other sources as biased.

What sociology tells us about how identities are created, performed, and maintained is crucial to understanding the nature of public opinion and political discourse in America today.  Social scientists and journalists alike have largely been trained to think of the public as rational, unemotional, objective-minded information seekers who exchange ideas in a public space to create a more informed democracy. Today’s political media ecosystem seems to be more tribal, more emotional, and more apt to denounce fact in favor of fiction. What’s more is that this pattern of identity reinforcement has continued perpetually across virtually every news cycle we have seen during the Trump presidency, including the current global pandemic.

Admittedly, it is difficult to imagine a way forward for today’s news media organizations during the Trump presidency (Kreiss, 2018), where the legitimacy of the news industry is openly being questioned by virtually every self-identified Republican in America (Caplan & boyd, 2018). Perhaps a greater understanding of what audiences believe and feel, as well as why, will help foster improved communication between news organizations and the partisan public. It is also possible that rebuilding broken trust between news audiences and journalists would be helpful, although it is not clear how that will be achieved. Finally, maybe journalists should report more stories about partisan identities and their resistance to change. Perhaps acting as a mirror for the public will help them see and recognize their own biases in a meaningful way.

Benjamin Gross earned a Ph.D. in Sociology at Michigan State University. He is currently an associate professor in the department of sociology and criminology at St. Bonaventure University, where he has taught since 2011. His research interests include media and society, American politics, racial inequality, and social psychology. He also says he is “very fond of professional sports and animal rescues.”

Habermas, Jurgen. (1989). The Structural Transformation of the Public Sphere: An Inquiry into a Category of Bourgeois Society. Polity Press: Cambridge, MA.

Hochschild, Arlie A. 2018. Strangers in Their Own Land: Anger and Mourning on the American Right. The New Press: New York, NY.

Kreiss, Daniel. 2018. “The Media are About Identity, Not Information”, In Trump and the Media, Edited by Pablo J. Boczkowski & Zizi Papacharissi. The MIT Press: Cambridge, MA, pp. 93-100.

Like Loading...
‹ A Song Delivers a Message About Media, Resilience and COVID-19
Can journalists learn a lesson from the medical profession? ›