Home › Jandoli Institute › To defeat COVID-19, the global community must work together

To defeat COVID-19, the global community must work together

By Lorenzo Cladi and Stephen Green

“We did not all come over on the same ship, but we are in the same boat.” 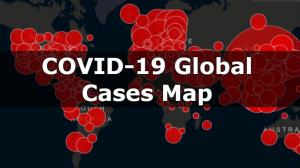 These were the wise words of financier Bernard Baruch, who was an adviser to President Woodrow Wilson during World War I.

His words resonate loudly during these long and strangely different days of lockdown.

The World Health Organization declared COVID-19 a pandemic just over a month ago and currently more than a third of the planet’s population is under some form of restriction of movement.

A quick glance at the data published in the webpage of John Hopkins University and Medicine Coronavirus Resource Center provides a stark reminder that COVID-19 is a global threat to human life. Indeed, only this week it officially became the world’s deadliest infectious disease. Worldwide confirmed cases exceed 1 million, and at the time of writing, more than 70,000 already have lost their lives. One glimmer of hope, albeit small, is represented by the 280,000 who have fortunately recovered.

This pandemic does not just concern medicine and economics. Its repercussions are undoubtedly political too. For a long time, individual countries have concentrated on pursuing their own narrowly defined self-interest. This was despite the fact that many countries long recognized pandemics to be a top national security risk. For instance, in 2015 the United Kingdom government placed pandemic influenza at the top of the list of the most significant civil emergency risks. Now, the emergence of highly transmissible infectious diseases that require countries to look beyond their own narrowly defined self-interests has moved the goalposts. Perhaps the 2003 SARS and the 2009 H1N1 swine flu outbreaks offered sufficient warning signs, but contemporary action was not forthcoming. The fact that the overall mortality attributable to COVID-19 is already much higher than SARS and swine flu is worrying.

Where to next? Acknowledging there are risks of something bigger and unprecedented happening in the future is the first step. Preparedness to deal with the actual manifestation of such a risk is the second step. Committing to develop an effective strategy to prevent such a potential problem arising again is arguably the third step and the most complicated one. This is easier said than done.

Indeed, despite the fact that COVID-19 has now appeared, no one could have anticipated precisely when, if ever, such a thing would happen. It was a risk – a top level credible risk – but the international system is unfortunately full of “too little too late” examples. For example, the 2008 global financial crash was quickly and correctly attributed to sub-prime mortgage lending and mortgage backed insecurities, but credible warnings about these risks had appeared years before.When business magnate Warren Buffet famously warned that derivative securities are weapons of mass destruction, worldwide attention was not focussed on the risk of a global economic recession but was instead directed towards the possibility that Saddam Hussein, former president of Iraq, had kept hidden large stockpiles of weapons of mass destruction. Where people’s gaze is directed is important.

What has now happened has happened, and while we know that all countries are different and no “one size fits all” solutions exist, most are now starting to focus on outbreak control. In the UK, from early on the emphasis has been on co-opting in people and seeking their support for and engagement with the response. People should stay at home and only go outside for food, health reasons or work (if they can’t work from home). Going out, people must stay at least 2 meters apart from others at all times. As soon as people return home, they must wash their hands. People cannot physically meet with others, even friends or family. Additionally, if they develop symptoms people need to protect others by self-isolating, and they should be wearing masks if they begin coughing or sneezing. The UK arguably opted for a bottom-up approach to make sure that as far as possible everyone is involved and empowered with outbreak containment activities.

And then there are laboratory tests and contact tracing. Tests designed to establish individual infection or immunity exist or are being developed, vital because without such data we have no chance of understanding how this pandemic is progressing. Also, once an infected case is identified through testing, their contacts can be traced, tested and dealt with, and the chain of infection broken. Tests will certainly be increasingly helpful, but for there to be an effective response such measures have to be applied in tandem with the others.

Other countries have adopted different approaches. Concerns have appeared in the UK that there should be more mass testing to ensure the country is “not left at the back of the queue.” Making comparisons between countries has revealed marked disparities, with, for example, Germany undertaking vastly more tests per day than the UK, and South Korea being considerably more aggressive on the contact tracing front.

Whilst questions could be asked, such comparisons just now only tell part of the story, and, in fact, it is possible that mass testing and contact tracing may not be the best approach for every country. Indeed, it may not be all that fruitful to analyze and criticize individual countries’ responses at the moment.

It is easy in hindsight to say that one country or another should have been better prepared. Instead, we should perhaps be imploring them to start learning from experience and to be better prepared for next time. Nobody has genuine clairvoyant powers, but one absolute certainty is that there will be a next time.

We are genuinely all in this together. At this moment in history, what we can do is to pool our ingenuity, energy and resources to deal better with this pandemic, for example promoting vaccine development. We should not waste our efforts on recriminations.

Only once the pandemic is under control should we go back and look at what could have been done differently. In fact, we must do this if we are to learn and do better next time.

The retrospectoscope always has 20/20 vision.

Lorenzo Cladi is Associate Head of School – Teaching and Learning at the University of Plymouth in the United Kingdom. Dr. Cladi taught political science at St. Bonaventure University during the 2011-12 academic year.

Stephen Green is Honorary Professor in the Department of Infection, Immunity and Cardiovascular Disease at the University of Sheffield in the United Kingdom.