The Catholic Church and Gay Marriage 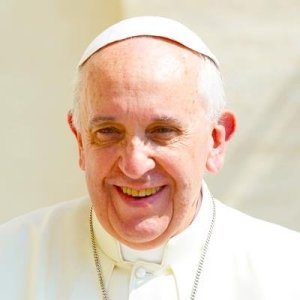 This week the current Pope reasserted his disposition that he supports the establishment of civil unions for gay people. The Vatican watchdogs and the American hierarchy generally regarded that as a doctrinal lapse, but many of us thought it was long overdue.

If you believe that nature “created” gayness (about ten percent of animals are gay also, by the way) then you have to admit that God had a hand in sexual preference The pope has implied that before, for God, he insists, loves us all. What a strange sentiment for a pope to say.

If we can have gay civil unions, mainly for legal purposes, as he has implied, then priests should be able to give a blessing to them, for after all priests bless dogs and cats on St Francis Day and ships in Genoa.  If we can bless Fido, why can’t you bless my neighbors or family members?

And remember, priests, that you are not the ministers of this sacrament. Unlike other sacraments, the current Catholic catechism says that the minister in marriage are the two parties. The priest is only the chief witness.

So civil unions give them legal status, but the current Catholic dogma means they can marry. And that has happened before, and Western Civilization has not collapsed.  In fact, as a man who has been married for fifty years plus to a woman, I find it very complimentary that my gay friends want to emulate me in marrying the person of their dreams.

So let us thank the Pope for dragging us into this new century. Next we have to let divorced people receive the sacraments, and allow women into the priesthood.  As Pope Leo XIII, of beloved memory, wrote, the purpose of marriage is not just reproduction, it is companionship.

Michael P. Riccards, a former college president. is the author of 30 books, including Faith and Leadership: The Papacy and the Roman Catholic Church.