Home › Jandoli Institute › Bring Out the Scientist Within

Bring Out the Scientist Within 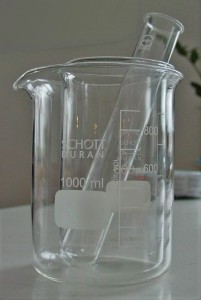 We all have a scientist living within each one of us.

Sitting in front of the laptop, a lyric keeps echoing in my head: “do you see what I see?” But this time, it is a rather heavy question on the ever-increasing chaos out there.

In 2015, the Pew Research Center published a report called “Public and Scientists’ Views on Science and Society”. This report provided strong evidence for the large gap in views of science between scientists and the general public. So the short answer is: No, the very same phenomenon may be viewed very differently, sometimes opposite ways, between these two populations.

The next question is WHY?

To figure out WHY, the first step is to go back to the basics: WHAT is this survey about? SCIENCE. The survey did not ask participants to describe what they think science is, which I believe is a flaw of the survey. If this question had been asked, I bet you that there would have been a variety of very different answers.

In Encyclopedia Britannica, science is defined as “any system of knowledge that is concerned with the physical world and its phenomena and that entails unbiased observations and systematic experimentation. In general, a science involves a pursuit of knowledge covering general truths or the operations of fundamental laws.”

I underlined the part of this definition that highlights what science is to me, and bolded two words – “unbiased” and “systematic” – which, to me, speak of the essence of science. I wonder if given a list of words to choose from, how many of the participants would have chosen these two words.

First of all, being totally “unbiased” is more difficult than one would think. The human instinct is subjective when it comes to things that matter to us. To make it simple, we can consider that subjectivity comes in two ways. One is intrinsic; the other is a conscious choice.

The intrinsic bias comes from things that we are not aware of and have no control over when it happens. Many factors in one’s life when growing up, such as family dynamics, friends, education, culture, social context, etc., have made huge impacts on our views today. This means that everyone has an intrinsic bias due to the unique combination of these factors that we have experienced. I speculate that the large gaps in the view of science between scientists and the general public could be mostly due to the existing intrinsic bias.

However, there is more to it. The human brain has the ability to learn, recognize and choose. Even twins who grow up in the same household could respond differently to the same thing.  When people choose to believe facts even though facts disapprove their former likings or beliefs, they make a conscious choice between objectivity and subjectivity. For a subjective person to make an objective choice, there is usually some degree of personal reflection and struggle. If the person chooses to go with evidence over personal liking, one can call it an objective and unbiased decision. It does not come easily. Despite all the intrinsic bias each of us grew up with, all of us have the ability to recognize how it affects us and make a conscious decision on whether we allow it to happen or not.

When it happens, one is waking up the scientist within.

The fight between subjectivity and objectivity happens to everyone, including scientists and laypersons. When I grew up, I thought that scientists were like super heroes all the time. Back then, almost every kid wanted to be a scientist when they grew up. Now I am a member of this group. Looking within, I see that scientists are human individuals who obtained scientific trainings and sometimes practice science. It is important not to mystify scientists. From the minute they switch off their scientist minds, they are just like any other person who you happen to run into at a gas station. They can be as biased and subjective as anybody else when they are not practicing science. However, when they switch their scientist minds on, the expectation is that they would make unbiased decisions based on evidence being presented with little bias.

Science has a high standard for its “systematic” experimentation. It means that one needs to come up with proper controls and a large enough sample size from the designing stage. Otherwise, how does anyone know that a cheerful result is not just a happy accident? In a typical scientific investigation, one would start with evidence collections, then come up with testable hypotheses to explain the evidence in front of them and make predictions accordingly. This should lead to an experimental protocols to complete the experiment. Once results are obtained, one needs to analyze the results objectively and use them to evaluate initial hypotheses to see if the results would support or reject each hypothesis. This systematic process is the gold standard in the world of science. The work of any scientist is evaluated based on this gold standard by their peers. If you have heard of sayings such as anecdotal evidence, too small of sample size, or non-randomized tests, these are ways to suggest that there isn’t a “systematic” experimentation. Therefore their conclusions as scientific findings are weak and cannot be applied to everyone else. On top of this standard, there are ethics constraints in regard to what scientists are not allowed to do directly on humans. The most common example at this time is the argument that there is no evidence on whether and how effectively cloth masks can protect humans from the aerosol SARS-CoV-2, the virus causing the COVID-19 pandemic. In order to conduct a scientific investigation on this, at least three large groups (positive control, negative control and tested groups) of randomized individuals would need to be recruited to cover different genders, ethnicities, age groups, health status, socioeconomic status, etc.

The negative control group alone would post a big ethical concern by knowingly exposing people to disease-causing and life-threatening agents. It would not be approved by an ethics committee in any country. This is not the only experiment that cannot move forward due to ethical concerns. Thus, a lack of scientific evidence for these questions leaves room for hypothetical debates or becomes breeding ground for pseudoscience to manifest.

When conducting a scientific investigation, one must find a set of appropriate protocols to follow and go through a process of trial and error. Sometimes, a set of appropriate protocols are not readily available – often times, there isn’t a playbook for how to approach a new question. Many experimental tries failed repeatedly before a best solution is determined at the end. It takes attention to detail, courage and grit to be a scientist.  This is different from what medical professionals regularly do. Medical doctors follow established protocols to treat patients. When COVID-19 outbreaks started in hotspots, the numbers of those infected and hospitalized increased exponentially. There was no established protocol on how to treat COVID-19 patients. There was no playbook. Different approaches were tried on spot, not because that they were scientifically proven to be the best approaches. They were what were available at hand and what had been known to work on certain symptoms in past experience. Some worked, and some didn’t. And people died in high rates.

At that moment, medical doctors went through trial and error and tried to find what worked to save someone’s life. At that moment, they were waking up the scientists within. But the price of failure is the loss of human lives.

Scientists maintain their status as scientists by actively practicing science. They act as role models for students, the budding scientists. This is an apprentice model that has been going on for generations. There is no playbook for how to become a scientist or how to teach others to become scientists. It is the daily interactions, frequent scientific discussions, the excitement ignited by discoveries after months of hard work and constant active practicing that lead to the necessary transformations within.

Scientists don’t practice alone. There is a wide global research community out there. They convene at conferences once in a while to exchange their exciting ideas and work to stimulate new discussions and collaborations. In a research laboratory, there is also a community of practicing scientists at different levels. The Principle Investigator (PI) is the most established scientist in the group. Then there could be postdoctoral researchers who have successfully obtained their PhDs. They are usually scientists with substantial training and high degrees of independence in scientific investigations. Usually, a postdoctoral career is temporary and lasts for a few years. It is a transition step toward a more permanent career in science. Then there is a combination of PhD students, master’s students and undergraduate students who are early in their scientific careers and are still learning how science works and how to be scientists at their own stages. The community members in a laboratory share failures and successes with each other. They go through ups and downs together as a family. The bond formed in a laboratory environment is tremendous and typically strong. It lasts for a lifetime.

So far, I hope that I have painted a clear picture that science is a way we live and respond to what happens around us. Each individual is born with the capability to have scientific moments. It is only ourselves who can choose to let it happen for what we encounter on a daily basis.  By choosing science as a way of living, we can build a rational, but not drama-infested, and responsible, but not reactive, society for ourselves. 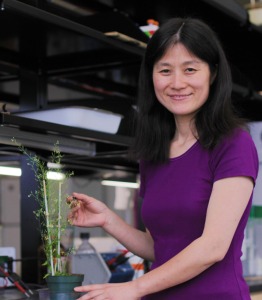 Xiao-Ning Zhang is director of the Biochemistry Program at St. Bonaventure University.

Like Loading...
‹ ‘A Smile So Bright’ Helps Explains Politics
Thomas Dolby’s ‘She Blinded Me with Science’ Makes a Good Match For Dr. Zhang’s Science Paper ›