By Richard A. Lee 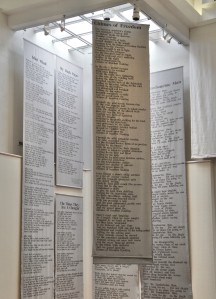 Before the pandemic shut down our campus radio station, I was the host of a weekly program that mixed music and current events. Since I am a journalism professor, it’s not surprising that songs about the media frequently found their way into my playlists.

Some were obvious choices – Don Henley’s Dirty Laundry, Tom Paxton’s Daily News and the Beatles’ A Day in the Life. I’d often supplement the more familiar selections with lesser known compositions such as Phil Ochs’ The Ballad of William Worthy, which chronicled the legal troubles Worthy confronted after he traveled to Cuba to report on the Cuban revolution.

But the song that best illustrates our third Media Studies Across Disciplines essay of the summer is one that never made it onto any of my radio shows about the news business. That’s because the song, Bon Dylan’s Stuck Inside of Memphis with the Mobile Blues Again, is not generally associated with journalism.

In her Headlines Should Help, Not Harm essay, Connie Perkins suggested that journalists refrain from identifying people by profession in headlines unless the profession is directly related to the topic of the story.

Stuck Inside of Memphis is filled with puzzling images that characterize much of Dylan’s work – a stolen post office, climbing neon madmen, Shakespeare talking in an alley and many others, including a reference to headlines:

Far be it from me to say what Dylan had in mind when he wrote those words or any other lyrics, but the connection between Stuck Inside of Memphis and Perkins’ paper is greater than the onetime use of the word “headlines” in the lyrics of the song.

Perkins points out the danger of painting entire groups of people with one long brushstroke. To an extent, the song’s lyrics do just that because they perpetuate stereotypes – of politicians, debutantes and historic figures. On the other hand, the song includes one verse in which the narrator questions stereotypes. When a woman named Mona warns him to stay away from railroad men because they “just drink up your blood like wine,” he replies, “Oh, I didn’t know that, but then again, there’s only one I’ve met.”

Mona’s warning is like a headline that paints all railroad workers in one brushstroke; the narrator’s response is a lesson to judge people as individuals.

That lesson is very similar to the conclusion Perkins draws at the end of her article:

“Writers must recognize that, from one isolated incident, entire professions can be misjudged, and they must do their part to combat, not contribute, to that problem.”

Like Loading...
‹ Media companies will get enormous bills to cover ‘NBA Bubble’
‘Our House’ connects presidential campaigns and pandemics ›