Home › Jandoli Institute › Are We Better Than This?

Are We Better Than This? 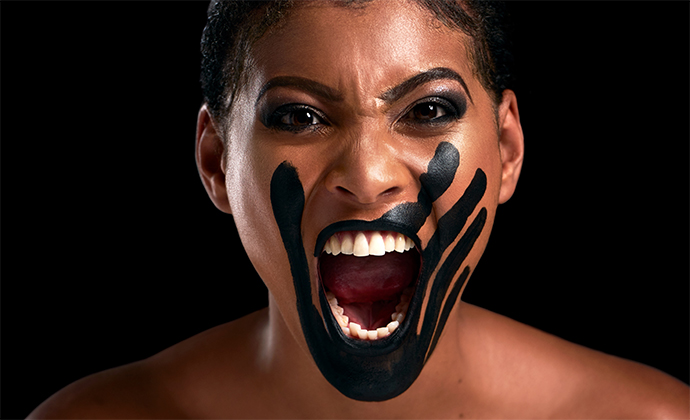 Throughout this recent crisis, and through so many like it before, our leaders have assured us that “we’re better than this.”

Stating a thing doesn’t make it so. The first step is solving any problem is acknowledging it exists. America should be better than this. Why aren’t we??

A talk with my fiancée convinced me to write this. We were watching coverage of the protests and riots ravaging our nation after yet another casual slaying of an unarmed black man and she demanded we do something. I agreed. She suggested we address the issue in Site Selection magazine, that I engage the corporate readers who represent many of the world’s fastest growing companies. I again agreed, then began considering how we should nuance the message so as to avoid offending any of our friends in law enforcement or government. And that’s when it hit me. I am part of the problem.

For decades I’ve taken pride in my honor, my sense of goodness, my defense of what I believed was right. I believed what I wanted to believe, and I was made very comfortable by that belief. I was complicit in supporting the “yes, but” culture without even realizing it. I allowed myself to buy into the narrative that things were, for the most part, pretty good, and that we should all be grateful. I will never know exactly when I subconsciously submitted to the narrative and became part of the problem, will never pin-point the moment when my reaction to a wrong shifted from instant, righteous outrage to measured and safe. But I will always remember when I realized how utterly wrong I was.

Racism exists in nearly every corner of the world. It is most toxic, most socially destructive, in America

We claim to be “the best.” We’ve anointed ourselves humanity’s moral arbiter. We lecture and condescend to other nations, peoples and governments, yet we all too often fail to live up to the very ideals we trumpet.

Let’s examine the facts. “The Greatest Country in the World” is #1 in infant mortality, #1 in bankruptcies due to medical bills. We have the third-worst poverty rate among developed nations, and were the fourth worst in income inequality in the world. The median wealth of white households is 20 times that of black households and 18 times that of Hispanic households, and we’ve largely criminalized being either of those races. We’re 4.4% of the world’s population, yet home to more than 20% of the world’s prison population. (America, China and Russia account for half the world’s prison population .)

To be sure, this isn’t just an American problem, though no other country has institutionalized discrimination the way we have. Why do we so often fail to live up to our noble ideals? How have we convinced ourselves to boast eternally about our greatness while willfully ignoring the inequalities, corruption and self-centeredness rotting our souls? What happened to “All men are created equal”?

Do you even remember them? Are we numb to it?

We must stop feigning horror at a situation we’ve so willingly accepted for so long. If you’re only horrified now, why? If you’re only outraged now, why? Because it’s trendy? Because you feel the mass reaction gives you cover? Because it makes you feel righteous to suddenly embrace opposition to racial inequality? Why now? Where ya been?

I and all my colleagues at Conway proudly add our voices to the chorus of outrage sweeping our nation. We stand with our brothers and sisters, with protestors of every ethnicity, united in our determination to finally end the decades of abuse and discrimination suffered by people of color across this nation and across this world.

We must stop being comfortable with institutional racism.

We must stop being comfortable with black men being murdered in our streets by those entrusted to keep the peace.

We must stop being comfortable with the insane concept of private, for-profit prisons.

We must stop being comfortable with the militarization of police.

We must stop being comfortable with the wealthiest nation in history also being home to the greatest income inequality in history.

We must stop being comfortable with the Confederate Flag being a symbol of pride rather than a symbol of murderous treason.

We must stop being comfortable in a country where laws immunize an armed segment of the population from most crimes, especially when that group is the one that’s supposed to protect us.

We must stop being comfortable looking the other way.

But we can be.

The question is will we? It’s up to us. All of us. And if we don’t finally fix this horror it won’t just be black men dying. It will be America that dies, and we will all have her blood on our hands.

Adam Jones-Kelley is president and CEO of Conway, Inc., and publisher of Site Selection magazine, having served in multiple positions at Conway for 22 years. I’m engaged to me married to Site Selection’s Lead Photographer, Carmyn Suzor.