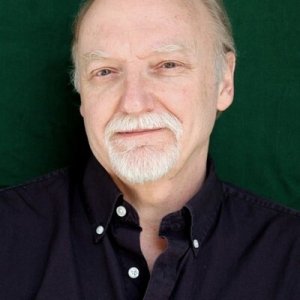 It had been a spring filled with protests of various sorts at SBU already, when I came back to my off-campus apartment one early evening in early May.  As a senior I was looking forward to graduation which in those days, gasp, was still held in late-May.  I switched on the TV to watch Cronkite on CBS and learned, to my shock, what I suspect was also not well known to most students at that (pre-internet) point–that National Guardsmen had killed four students at Kent State a few hours earlier.

In must-do-something mode, I  called the office of the Student Senate to alert someone there of the need to hold an emergency meeting that night.  I was one of the five leaders of the more lefty Free Student Union but we’d need the Senate to get any kind of broad protest going.  I presume they didn’t get it together for a meeting that night, but I suspect it happened perhaps the next night–as campuses around the country erupted.   (Please trust BV coverage at the time over my recollections.)

I’m not sure what the Senate actually did after a smoke-filled meeting  with students crammed into the largest room on the second floor of what was then known as the Fieldhouse.  Some of us called for a strike and I think many stayed away from classes for one day, though finals were coming, a tricky period.  But very soon there was a mass gathering in the Fieldhouse gym, with administration officials and student senators at center court as students demanded a total shutdown of the school for an indeterminate period–again, following the lead of other schools.  In an unusually outspoken moment, I recall walking to a microphone up in the stands and saying “if no strike then some of us will block Route 17!” or something like that.

Anyway, as I recall (again, BV coverage back then will prove more reliable, as usual in contrast to realms of memory), there was a compromise, with the administration–which just the year before had kicked SDS off campus, garnering national attention–agreeing to a one- or two-day strike, and probably a prayer service or some such.   Campuses elsewhere remained on fire–sometimes literally–but SBU calmed, as was its wont, with the semester and graduation bearing down hard.

A year later, students burned down the ROTC building.  But that’s another story.  And I was 300 miles away….

Greg Mitchell, a 1970 St. Bonaventure University journalism graduate, is the author of a dozen books. He also was editor of Editor & Publisher and Crawdaddy magazines.