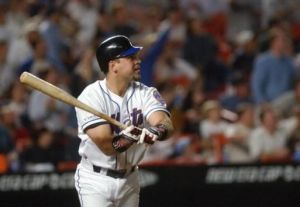 Similarly, on Oct. 30, 2001, about a month and a half after 9/11, the New York Yankees were hosts to the Arizona Diamondbacks in Game 3 of the World Series, the first game of the series back at Yankee Stadium. President George W. Bush walked out onto the field in front of thousands of fans and delivered one of the most memorable first pitches in baseball history. Bush had been counseled to deliver the first pitch in Arizona but went against Secret Service’s wishes and opted to take the mound in the heart of the Bronx. This first pitch electrified the crowd and showed Americans and New Yorkes that there is nothing to fear and life would go on.

Unfortunately, hard times have once again crossed our country’s path. COVID-19 has shut down our world; businesses have closed; schools have shut down, and people around the country are being asked to stay inside and practice “social distancing.” American sports have also been put on hold. March Madness and NCAA spring sports have been canceled, basketball and hockey postponed, and Major League Baseball has been pushed back with no start date in sight.

During this crisis, we don’t have sports to turn to. Sports works for many as a way to keep the mind off of what is going on in life, a way to escape and relax; something many are missing. Similar to New York in the weeks following 9/11, when sports return across the country, we will know that things are beginning to go back to normal and that we will no longer have to live in fear. I am not sure when we will get our return to normalcy this time around, but I know that the return of sports will play a huge part in it.

Patrick Giblin is a student in a Media and Democracy class at St. Bonaventure University.