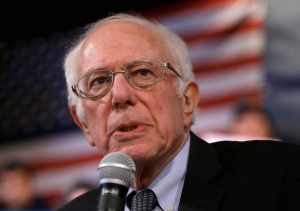 During the process of presidential campaigning, the line for privacy seems to disappear. Journalists and the public seem to find things such as tax returns and medical records to be a top priority.

We saw it back during the Obama campaign with the media and public hounding Barack Obama for his birth certificate. Fewer stories were told about what he was going to do for the country, and more were told about a simple piece of paper.

During the last few weeks, media coverage of Bernie Sanders’ medical health records has been disproportionate. Due to Sanders’ age, I understand the need for a little concern from the public, but in today’s day and age, life expectancy has increased dramatically. If Sanders is elected president in the 2020 election, he will be 79 years old. This will make him the oldest person to ever take office, but that does not give the public the rights to every detail of his personal business.

Granted, some personal details come out during campaigns, but where do we draw the line? I personally wouldn’t want anyone to comb through my personal medical records. That is between the individual and the doctors that they see. Obama was strong-armed until he volunteered his birth certificate, so the public could verify him as a United States citizen. Donald Trump refused to show his tax returns and yet he still won the election.

Even without the tax returns, Trump has done some great things for the United States. If Sanders doesn’t want to share his medical history with the public, that is his right, and if Sanders is elected president of the United States, I hope he fights in order to keep that right for the people.

Daniel Wenke is a student in a Media and Democracy class at St. Bonaventure University.