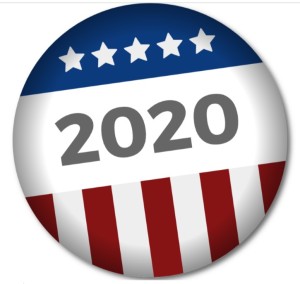 With New York State’s Democratic Primary two months away, New York voters are leaning toward Sen. Bernie Sanders, but preferences for the candidates are scattered among the voters, according to a Siena College Poll released today.

Sanders had the highest percentage of voters who said they would choose him in the primary, but that percentage was only 25%.

Former New York City Mayor Michael Bloomberg was second with 21%, followed by former Vice President Joe Biden, 13%; Sen. Elizabeth Warren, 11%; former South Bend Mayor Pete Buttigieg and Sen. Amy Klobuchar, 9% each, and Rep. Tulsi Gabbard, 1%. A total of 11% had not decided on a candidate or declined to answer the question.

The poll results also illustrate the differences between upstate and downstate voters, such as the more conservative ideology of upstate voters.

For example, in a head-to-head contest against President Donald Trump, respondents indicated Bloomberg would be the strongest candidate. The polls showed 58% would vote for Bloomberg and 33% for Trump, with 9% undecided.

While Bloomberg fared well statewide, the numbers were much closer upstate – 44% for Bloomberg, 40% for Trump and 16% undecided. Upstate results of a Sanders-Trump head-to-head matchup also were close: 50% Sanders, 42% Trump and 8% undecided. Statewide, 56% of the respondents said they would choose Sanders in a matchup with Trump, with 38% supporting the president and 7% undecided.

“In this poll, Bloomberg does better on his favorability in New York City than does any other Democrat but worse than all other Democrats upstate,” Donald P. Levy, director of the Siena College Research Institute, said.

Likewise, 27% of New York City voters said they would vote for Bloomberg in the primary, but the numbers dropped to 12% upstate and 17% suburbs.

By contrast, Sanders fared best among upstate voters with 35% indicating they would support him in the primary. The poll showed him with support from 19% of voters in New York City and 29% with suburban voters.

Levy said the disparities are likely a product of Bloomberg’s years as New York City mayor, as well as the sentiment that some upstate voters have toward politicians from the city.

More details are available on the Siena College Research Institute web page. The institute defined upstate in the poll as all counties outside of New York City, as well as Long Island, Westchester, Putnam, Rockland and Orange counties, which were defined as suburban for the poll.

Richard Lee is executive director of the Jandoli Institute and an associate professor in the Jandoli School of Communication at St. Bonaventure University.