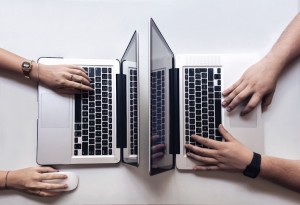 GateHouse and Gannett are merging, and barring any regulatory hurdles (which is unlikely), will become the largest chain of local newspapers in the United States. The deal has been greeted with a degree of measured trepidation and speculation about what it will mean for local news coverage in communities across the United States. At the same time, for Gannett there appeared to be very few options on the table.

Earlier in the year, amid weakness in their overall business, Gannett fended off a hostile takeover by Digital First Media. Their successful rebuffing of the hedge fund triggered a brief and shallow sigh of relief in the news industry — at least extending temporary hope that Gannett wouldn’t be chopped up and sold for parts.

But there were few options beyond this small victory. Sure, Gannett could have continued to go at it alone, cutting newsroom jobs and costs with hopes of improving the bottom line. Or, as is the case, try to find a partner to achieve better economies of scale.

Here are a few things to consider as GateHouse and Gannett begin the process of merging.

The proposed merger isn’t about fixing the business model for local news. It’s about buying time to figure it out. The announcement included plans to cut $300 million out of the budget. A portion of that will come out of back office functions, but there is concern that some of it will hit newsrooms. Additionally, the thinking goes, the new super-chain will be able to compete for more national ad dollars to bolster their business.

What was largely missing from the announcement is a concrete plan for how to fix the local news business model. Instead what was offered was a small sliver of runway to figure out “digital transformation.”

2. An Appetite for Investment

The trouble with having only a sliver of runway is that there’s very little margin for error and a relatively low tolerance for risk. Budget cuts are a relatively safe short-term, investor-friendly solution. Creating efficiencies and economies of scale is another patch (reducing printing costs, streamlining the back office, and yes, cutting newsrooms). The question is, after slapping some duct tape over the holes, will a new business model emerge?

The answer remains to be seen, but with a relatively small appetite for investment and experimentation, it will be a difficult task. Unfortunately, amid deploying the lifeboats, it’s hard to keep your eye on the horizon.

3. The Trouble with Getting Less Local

It’s a vicious cycle. The big media companies have to get even bigger to stay afloat, but necessarily get less local. Demand isn’t the problem for local news outlets. Readers still want to know what is going on in local government, the schools and community. They want to know that someone is holding elected officials to account. Demand drops when coverage is regionalized and focuses less on the communities readers care about. When demand and interest drop so does engagement and ad revenue.

It’s not clear that the GateHouse/Gannett merger will bring coverage back to communities, but if history serves as a guide, consolidation rarely has that effect. Digital First wanted to squeeze every last drop out of Gannett, pushing cuts over investment. Gannett dodged that bullet, but as stated above, there may not be much appetite in general for investment in growing local digital audiences, particularly when the impact on revenues and profitability may not be immediately realized. Ultimately, the dollars saved from cuts don’t typically get reinvested in reporting.

4. No Mention of Improving Overall Experience

Big chains like Gannett and GateHouse were amongst the first to be swept up when the bottom fell out during the transition from print to digital. There was some investment in developing a digital presence, but much of it emphasized quantity over quality, particularly when it came to advertising. As I have previously written, local media needs to invest in building local relationships, put as much manpower into the creation of local journalism as possible, and fundamentally build trust to make advertising work.

By improving the quality of content and advertising, we’ve had success in building meaningful marketing partnerships with our advertisers and readers. Remember, we’re all competing for a slice of the same pie of attention that search engines and social media have captured. It’s not clear that the “digital transformation” referenced by Gannett and GateHouse means truly improving the reader experience.

Ultimately, bigger may work in the short-term to bolster the bottom line, but it’s not likely to yield innovation or sustainable results. Time will tell, but innovation is more likely to occur at the truly local end of the scale.

Michael Shapiro is CEO and publisher of TAPinto.net, a network of more than 80 independently owned and operated local news websites in New Jersey, New York, Pennsylvania, South Carolina and Florida. This post originally appeared on Medium at https://link.medium.com/TPViBRbY9Y, and is re-posted here with the permission of the author.

Like Loading...
‹ Did the Buffalo Diocese Try to ‘Bigfoot’ the Clergy Abuse Story?
Student Media Is Necessary in Shaping Young Journalists ›