‘Toy Story’ provides a lesson on the state of the media 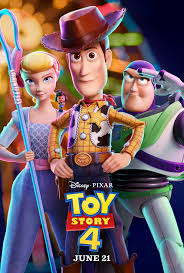 Besides entertaining audiences of all ages, “Toy Story 4,” which opened Friday, provides an interesting lesson on the state of the media in America.

Don’t expect Buzz, Woody and the gang to take on the roles of reporters, editors or journalism professors. And yet, the success of the “Toy Story” movies can help explain why news organizations across the country are struggling with limited resources and personnel.

Let’s use ABC News, which is one of many businesses owned by the Walt Disney Company, as an example. Like the other major networks, ABC produces a daily evening newscast. Since news by its nature has a limited shelf life, the network must produce an edition of ABC World News Tonight every day.

Given this scenario, what is the wisest use of Disney’s corporate dollars? If you invest the company’s dollars in ABC News, you will make some money from advertisers, but you basically will need to create a new product every night.

On the other hand, if you invest money in creating a film such as “Toy Story” (albeit a much larger sum), that investment will generate revenue for years and years, giving new meaning to Buzz’s phrase “To infinity and beyond.”

As a result, news organizations struggle to do more with less. Budgets are cut, staffs are reduced, international bureaus close, and special beats on important areas such education, the environment and transportation disappear. At the same time, the 24/7 news cycle is placing more demands on the media than ever.

The consequences are troubling not just for news organizations, but also for our nation. A healthy democracy requires a healthy media. That was true when the First Amendment, which guarantees a free press, was adopted in 1791. And it remains true today.

Despite the challenges the industry faces, today’s journalists continue to do remarkable work providing news and information to the citizenry and holding the powerful accountable. Just think how much more they could accomplish if their parent companies invested as much money in news as they do in their other holdings.

Richard Lee is an associate professor in the Jandoli School of Communication at St. Bonaventure University. This article was first published by the Buffalo News on June 24, 2019. Click here to listen to Lee’s radio show about “Toy Story 4.”

Like Loading...
‹ Taking Local News Off Life Support: Making Ads Work
Why journalism matters – for the little guy who has nowhere else to turn ›